These regulations have received “overwhelming consumer support.” However, banks are extremely worried about the passage of new regulations. The most controversial regulation would prohibit banks from raising the interest rate of existing customers if the payment is less than 30 days past delinquency. Banks would also be forced to minimize interest penalties.

The rules wont’ go into effect immediately. In fact, it will be well over another year by the time these regulations take effect. Many of the new regulations won’t be felt by consumers until 2010. The Federal Reserve Board, the Office of Thrift Supervision and the National Credit Union Administration are all expected to approve and pass the regulation.

Peter Garcia, a spokesman for the American Bankers Association said, “It will fundamentally change the relationship between cardholders and banks.”

These new rules will also put an end to double-cycle billing. Consumers would be given a “reasonable” amount of time to make their payments. Additionally, payments would be applied to “higher-rate balances first to reduce interest penalties and fees.”

Credit card statements would be organized in a way that would make it easier to differentiate when a payment is due and would also highlight any changes to the account.

Yes, these new rules will change the relationship between banks and credit card holders. New rules will reform the entire credit card industry as we know it. Americans will finally be given the chance to get a head of their debt, instead of letting it overpower them.

Banks are not looking forward to the new changes. But, these are changes that will take place. American credit card holders finally have something to look forward to…credit card freedom. 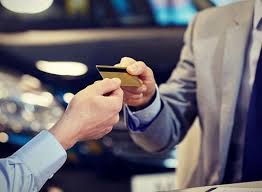 How I Get High Credit Card Rates Gotten

The Number One Cause for Credit Card Delinquencies